A disappointing finale to the season, as Blackheath succumbed to a better organised Westcombe Park side in the final of the Kent Cup at the Jack Williams Memorial Ground, home of Aylesford RFC.

Against the run of play, Matt Wepke put the Club ahead with a great score after Simon Whatling’s brave cross kick out of defence was picked up by the left-wing who made an 80-metre break to score the first try, but two penalties from their fly-half James Cameron ensured Combe held a narrow 6-5 lead at the break.

That advantage was extended within a minute of the re-start as left-wing Sam Randle rounded the Blackheath defence for a converted try, but Blackheath struck back immediately as skipper Isaac Ajayi was driven over, Simon Whatling’s conversion restoring the one-point margin.

However, it was one of only a few attacking phases the Club were able to mount, and Cameron’s 64th minute penalty sealed Combe’s victory. 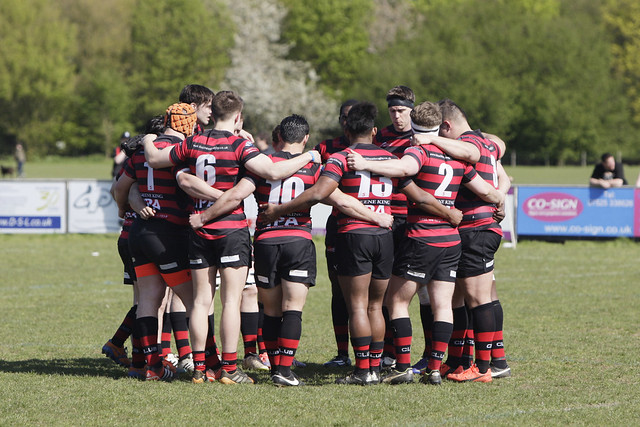