In the reverse fixture at the Butts Park Arena back in December, Blackheath needed to overturn an 11-point deficit to emerge eventual 24-16 winners. This time it was Coventry who had to come from behind, the West Midlanders clawing back at a 17-point advantage, right-wing Dom Lespierre crossing in the right corner with only three minutes remaining to bring the score to 20-points apiece.

Full-back Caolan Ryan couldn’t land the conversion from out wide, and a minute later opposite number Freddie Gabbitass saw his long-range penalty with the last kick of the game pushed wide by the stiff and chilly northerly breeze (his only miss), to leave honours even.

From Blackheath’s perspective, however, it should never have come to that. The hosts had easily the best of a scrappy first period, their scrum dominant and defence solid, twice turning over possession in the maul. Dave Allen was driven over from line-out ball in the tenth minute to open the scoring, and a rare blemish from a Coventry throw close to the half-hour allowed Simon Whatling to kick ahead, pick up, and feed Freddie Owen for a second try.

Gabbitass added both conversions and a penalty, as both sides were heavily penalised at the breakdown, but it was Blackheath (also denied a golden opportunity by crossing in the line-out after an acrobatic take by Shaun English five metres out) who fared worse, and a Ryan strike on the stroke of half-time narrowed the arrears to 17-3 at the break.

A Geoff Griffiths break at the start of the second period signalled more to come, but the wing’s off-load was aimless (resulting in another breakdown penalty) and now two rapidly conceded yellow cards sent Blackheath into reverse.

First Sam Eydmann was dispatched for excessive footwork followed by Markus Burcham, deemed guilty of a deliberate knock-on in making a tackle beneath the uprights, and from the second offence, Cov scrum-half George Tressider took the quick-tap that sent open-side George Oliver across for a converted try.

Gabbitass responded with his second penalty as the visitors were also reduced in number with prop Chad Thorne removed for collapsing, but with the excellent Sam Pailor controlling play and involved in just about everything at number-eight, as well as some superb line-kicking from the half-backs, Coventry continued to grow in ascendancy, and in the 69th minute a neat grubber-kick towards the left corner sat up perfectly for inside-centre Rob Knox to latch on to and leave the Warwickshire side a mere five points adrift.

Blackheath pushed forward once again only to be penalised for the umpteenth time at the breakdown, while Coventry’s successful exploitation of the less diligently policed off-side line brought them to within five-metres of the club’s in-goal area. As another throw from hooker Matt Price found its target, and ball was moved infield, Tressider switched the angle of attack and Lespierre found just enough space to dive across in the corner to bring the scores level.

Next Saturday Blackheath’s final away game of the 2015-16 campaign takes them the short distance to Esher. Kick-off at Molesey Road is at 3.00 pm. 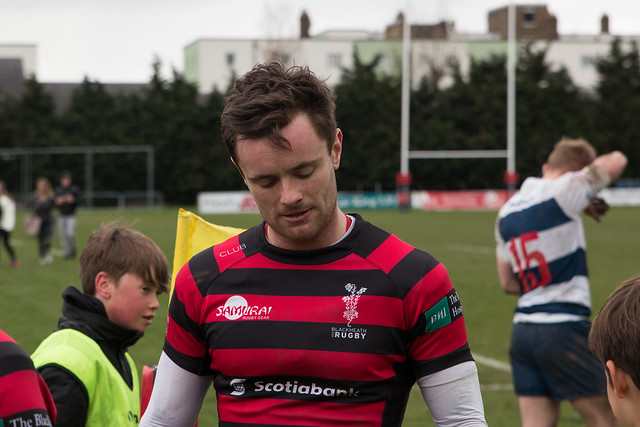