A momentous day, with not only Blackheath’s last league game to be played at Rectory Field, but also a 278th and final appearance for Dave Allen in a match that stuck to the script, with seven tries for the hosts, and their talismanic open-side living up to his star billing by collecting two of them.

Blackheath showed their intent from the outset. Playing in a special, one-off, jersey (designed by Allen’s daughters Chloe and Sophie) they ran at every opportunity and from all angles, Allen and Markus Burcham making some early inroads. As ball was turned over five metres from the Blaydon goal-line on 13 minutes, Freddie Gabbitass found a lovely inside pass to send Burcham across for the opening score and, soon after, Leo Fielding broke through tackles in midfield for Allen to stumble his way down the right touch-line for a second and a 12-0 lead.

Determined not to play bit-parts, Blaydon’s efficient and near-faultless line-out drove number-eight Jason Smithson over the goal-line twice in only five minutes after Andy Baggett had given them field position with a couple of well-directed penalties, the fly-half converting the first of them to ensure parity at the break.

However, with Blackheath sticking to their expansive game-plan, the excellent Dan Hamilton collected his own chip to send Allen across for the completion of his brace within a minute of the re-start, and moments later the left-wing himself was beating defenders again to finish a move inspired by the lively introduction of Jack Walsh at scrum-half and which had sped through numerous hands.

Tom Grimes scored a third try for the north-easterners, the Blaydon wing finding space after Baggett had once again punished some Blackheath indiscipline to put his side within striking range, but it was only a brief interruption to the flow.

Hamilton crossed again with a weaving run after Scott Wright mopped up loose ball and Burcham made the scoring pass, Jake Lloyd benefitted from an outrageous one-handed off-load from Fielding, and Burcham added his second, the Club captain piercing the defence following line-out ball, all putting the finishing touches to the score-line before Allen left the field with a minute to play to a standing ovation from the Rectory Field faithful. 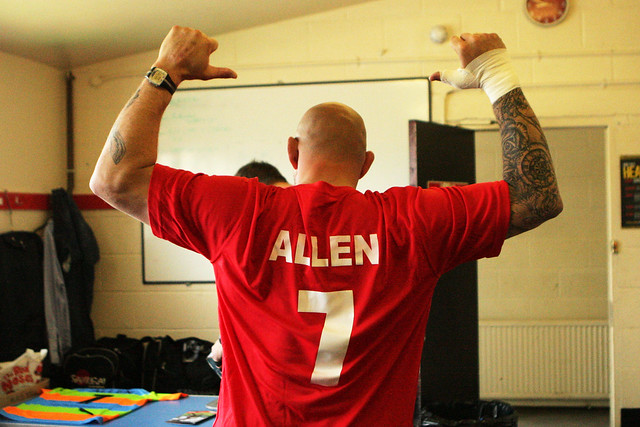