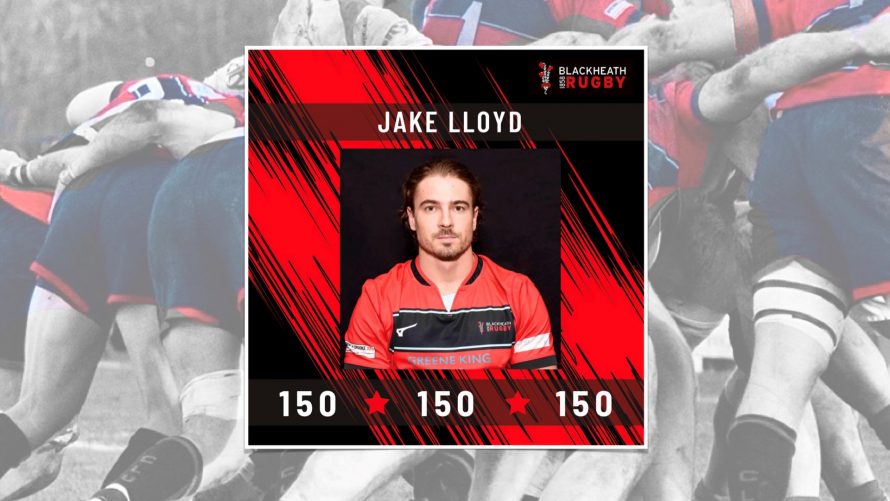 Today is Jake Lloyd’s 150th appearance for the Blackheath 1st XV. He made his debut back in February 2015 against Esher when he scored his first try for the Club. Jake is a qualified fitness instructor, having read medieval history at Nottingham University, and has an MSc in Quantity Surveying from London South Bank University.

In his 150 matches Jake has scored 74 tries for Blackheath, a rate of one try every other match. In his best season (2018-2019) he scored 20 tries and ended up as 3rd top try scorer in National 1. In the curtailed season before lockdown arrived, Jake notched up 19 tries and was the leading try scorer in National 1. He was ever-present in the team at that point, starting every match between 2017-2020.

Jake was selected to go on the England Counties Tour to Romania in 2018 by Head Coach James Shanahan, where he played in both matches against Romania A, scoring three tries.

James Shanahan, Head Coach, says “Jake has been one of the most consistent performers for Blackheath since I arrived, and is usually first on the team sheet. He’s been a prolific try scorer and is a great leader within the squad.”

We’d like to congratulate Jake on his sesquicentenary, and look forward to seeing him play today, and on many more occasions in the future.