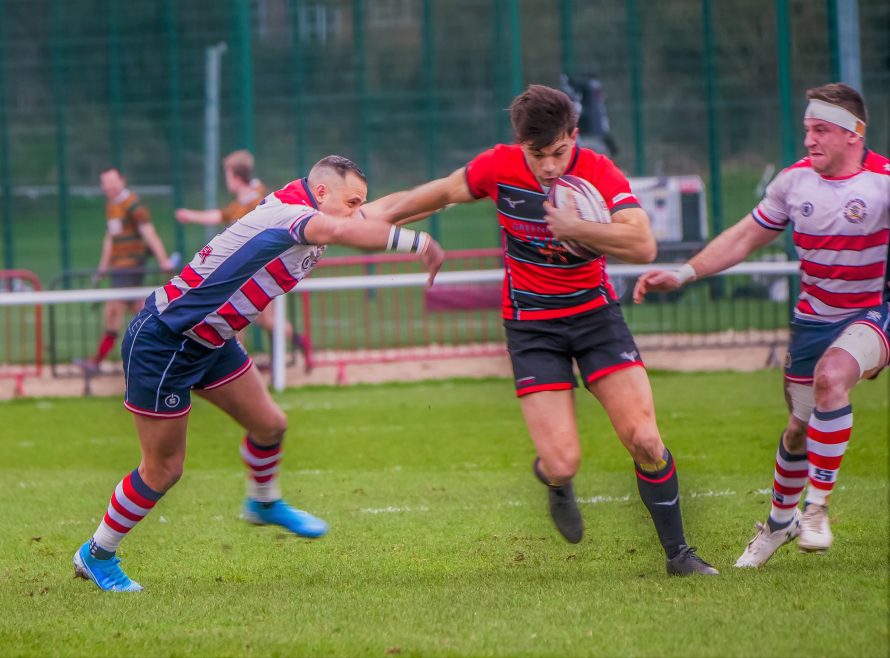 An already mixed season for Blackheath was frustrated further last weekend as their away National League One fixture at Darlington Mowden Park was postponed.

The Club were due to set off for the north-east on Friday afternoon, but a frozen pitch at the Northern Echo Arena caused the match to be called off early.

With an extended Christmas break, it means Blackheath have played just one game in six weeks, a narrow 22-17 home loss against Moseley on 8th January, as they prepare for another long journey tomorrow, this time to Caldy on the Wirral.

Caldy won 18-16 at Well Hall in September (one of nine defeats for the Club within a converted score this term), since when, they’ve lost just one of their thirteen subsequent matches, a record which has taken them to second in the table.

A tough outing then for Blackheath, who’ve won just twice on the road in this campaign, but the Club have been buoyed, both on and off the field, by the return of former skipper Markus Burcham.

The centre played 208 times in Club colours, nearly 150 of them as captain, and including a club record of 158 consecutive league appearances, before ending his career abruptly in the truncated 2019/20 season.

‘I’m sure many people have found the pandemic one of, if not the most, challenging time of their lives,’ said Markus. ‘I really struggled to accept that my Blackheath career would finish due to Covid.’

‘Since then, I have moved to Bournemouth and essentially started a new life, but I’ve never been able to shake the feeling that I still have a loose end to tie up with a club that gave me many opportunities to grow and develop as a player, and as person, over the seven years I was there.’
Markus won’t be resuming with Blackheath stone cold either, having been training with South West Premier side Bournemouth, and playing in five of their league games.

However, he knows that he’s returning by way of the ranks, and he will have to fight and prove himself worthy of a place in the team.

‘I had a long catch up with Shanners where we spoke about the club, this seasons form, the goals and the view ahead, and agreed that I would return for the second half of the season.’

‘It’s going to present a huge challenge, but it’s something I know I will look back on with huge regret if I didn’t take the chance to properly close that chapter of my life.’

‘I’m not here purely for personal reasons either. I’m fully focused on helping the team finish as well as they can, and try to build something moving forward to next season and beyond.’

Caldy against Blackheath is a 2 pm kick off at Paton Field tomorrow, and the Club return to Well Hall on 29th January to take on Chinnor.