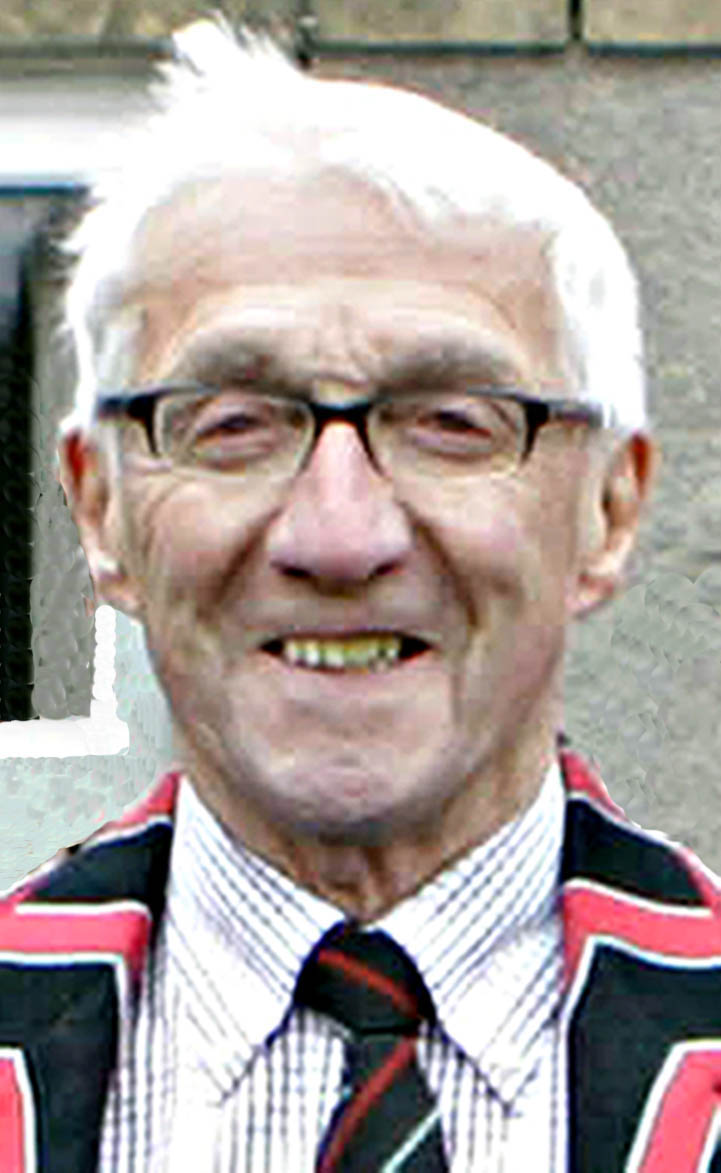 We are sad to have to announce the death on January 23rd of Chas Jones. Chas was an ardent Blackheath F.C. supporter and an Honorary Life Member of the Club.

Chas was born in Tylorstown, in the South Wales Valleys, on 12 April 1934, the eldest of four brothers, including a set of twins. His mum died when the twins were babies, so he was brought up by his dad who left the mine to care for the boys. Being very bright, Chas made it to Porth County Grammar School and went on to study medicine at King’s College, London in 1952.

Loving his rugby as much as medicine led to a bump in the road, as he failed one part of his medical exam only to retake it and fail a different part. He left, did his national service and spoke to a Colonel, asking him if he could take his medical finals again and become an Army medic. Unfortunately, “that bloody man” refused to allow him to do that and he went on to study physiotherapy, working his way through the ranks to become commissioned, and retiring with the rank of Major. He also passed his teaching qualification and became Head of Army Physiotherapy. Chas ran the Army School of Physiotherapy, working in Woolwich at both the Royal Herbert and the Queen Elizabeth when they were military hospitals. He had married Heather, having met her at a dance in Chester, and became dad to Helen and Michael, as well as a dog dad to Rosie, Jai and Abigail, all Labradors.

Chas ran the Inter-Services Army, Navy and Air Force squash team, even flying them out to squash matches in Hong Kong and Geneva. He also coached a weekly boot camp from the Royal Herbert Hospital, which involved a lot of running around Oxleas Wood.

When he retired from the Army, in his fifties, Chas took the opportunity to pursue his physiotherapy work in Jeddah, Saudi Arabia, and spoke incredibly fondly of those years…no surprise as he was jetted out there on Concorde. He loved the climate, the social life and his work there and still had many great friends from his colleagues at that time. They formed a close-knit group. He gave one friend away when she was married and became a godfather to another friend’s son.

When Chas returned, he and Heather had grown apart and he moved into Hassendean Road, near the Rectory Field, having swapped houses with Heather’s new partner. They all remained the best of friends. Sadly, Heather died suddenly on 25 October 2021.

Chas joined the Blackheath Squash Club at the Rectory Field and was for a time one of their representatives on the Blackheath Cricket, Football and Lawn Tennis Company Board. Towards the end of the 1980s, Chas retired from physiotherapy and became the Steward in charge of running the clubhouse and bar at the Rectory Field until the 2002/03 season, when he crossed to the other side of the bar. In recognition of Chas’s services to the Club, he was made an Honorary Life Member of Blackheath F.C.

Chas was often to be seen in Greenwich Park walking with his Welsh Springer Spaniels, firstly Ceri and later Tyler. Freed from bar duties, he joined with a group of friends supporting the team and travelling to away games, notably to Redruth, Launceston and particularly Wharfedale, where, almost eight years ago, he celebrated his eightieth birthday. He also joined the Club on several tours abroad including those to Australia, Argentina and California.

To describe the Club as his second home and his friends there as his second family, would be an understatement. The love and support he received from a truly loyal and caring group of friends, whom he referred to as “the gang,” was always much appreciated by his family.

A Memorial will be held at 1pm on Tuesday 1st March, St David’s Day, in the Grand Salon at Charlton House, SE7 8RE. It will be followed by food and drinks at Blackheath Sports Club, The Rectory Field, Charlton Road, SE7 7EY.

Those of you who knew Chas will remember he wasn’t one for wearing a tie, so formal attire is not required.

If you wish to attend, Chas’s family would appreciate your getting in touch so they can estimate numbers. Please contact rachel@racheldobson.co.uk – all are welcome.

Our thoughts are with Chas’s family at this sad time.