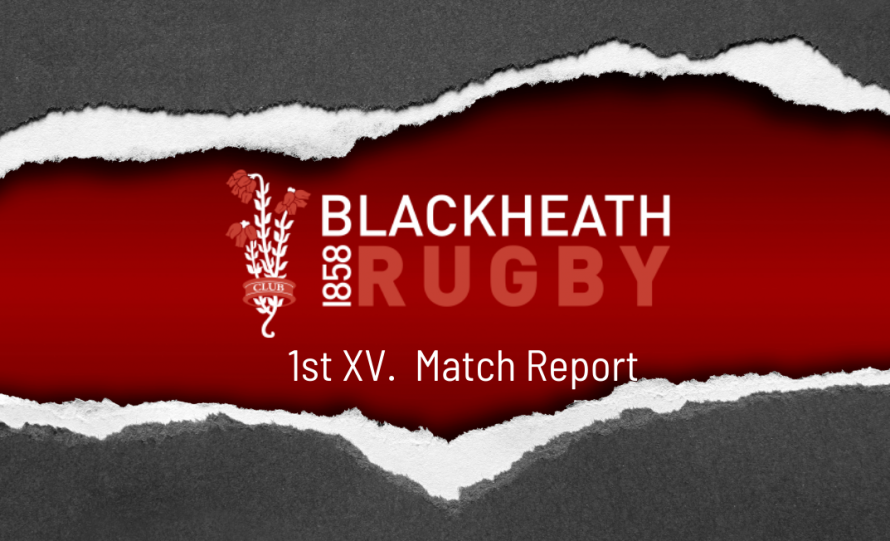 A fine spring afternoon high up in the Forest of Dean, and a glorious day for Cinderford RFC to secure their highest-ever placing in National League rugby with this high-scoring game.

Blackheath, to their credit, joined in the spirit of the occasion, looking to play an expansive game which might, on another day, have brought them success in their last-ditch attempt to avoid relegation.

In the end, events across the River Severn in neighbouring Somerset, where Leeds Tykes comfortably swept aside Taunton, rendered the outcome at Dockham Road as academic, and Blackheath will enter the 2022-23 season in a re-vamped National League Two.

Hope burned brightly for 30 minutes. Dom McGeekie rose to take Jake Hennessey’s well-positioned kick-off, and the Club recycled 15 times before Hennessey slipped through a gap to put the visitors ahead with less than two minutes played.

However, an equally well-judged punt by Cinderford fly-half Reece Boughton was met on half-way by Tim Andrew, the wing finding full-back Mike Wilcox in support to complete a fine score, and with hooker Nathan Taylor driven across, the Gloucestershire side were ahead on eleven minutes.

Ollie Claxton at scrum-half continued to drive Blackheath forward, and Hennessey slipped tackles on 20 minutes to level the scores once more, but the final moments of the first period saw the hosts take a decisive lead.

A high tackle gave Cinderford the lineout to drive Taylor across for his second, before a five-metre scrum saw scrum-half Mike Austin move blind for try number four and with Boughton adding all conversions the hosts led 28-14 at the interval.

The game opened up fully in the second period, and it was Cinderford who benefitted most.

Taylor completed his hat-trick from another lineout drive and great handling created a score for centre Will Hendy.

Markus Burcham sent James Catt across on 64 minutes to interrupt the flow, only for another Cinderford move from deep to end in blind-side Matt Lane crossing for his side’s half-century.

Nevertheless, the visitors would at least manage some small consolation in claiming the last word, as turnover ball and a Hennessey break allowed Catt to muscle over for his second, Blackheath’s fourth, and the final try of the match.