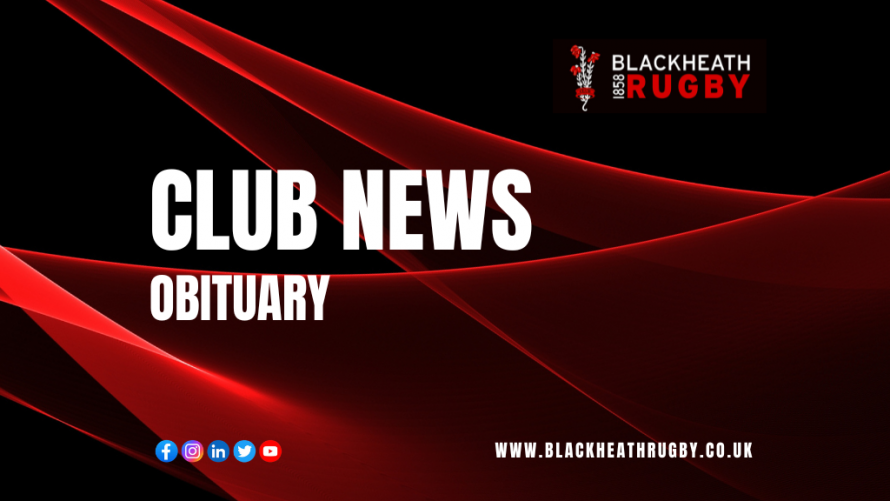 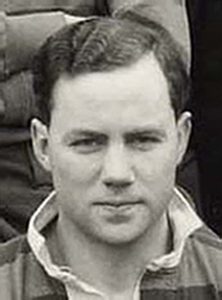 The Club is very sad to learn of the death of Donald Wells, who died peacefully at home on 11th June. Donald was one of life’s gentlemen and one of our most senior members. He was born in Shanghai and became an accountant. 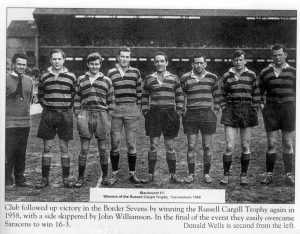 Donald’s first game for Blackheath was on 1st July 1950 when he played away against Richmond Schools. In those days the Club had a ’Schools XV’ with fixtures against various Public Schools and Colleges such as St Mary’s in Twickenham, Cranbrook School, King’s College Canterbury et al. Donald would have been 19 or 20 years old at that time. His first appearance for the Club 1st XV was against Birkenhead Park away on 27th March 1952, playing at hooker. He made his final appearance against Rosslyn Park at the Rectory Field on 10th April 1963. He played in the one hundredth game against Newport at Rodney Parade on 28th February 1953 and was in the Club 7s team which won the Middlesex 7s competition at Twickenham on 26th April 1958, lifting the Russell Cargill Trophy.

Donald played 140 games for Blackheath and represented Kent on 12 occasions.

Donald became a ‘Friend of the Club’ when it was introduced as a fundraising venture during the season 1999/2000.  He was a regular supporter on match days, sitting in seat no 46 in the Peter Piper Stand at the Rectory Field, and then a regular attendee on match days at Well Hall.

He was a member of the Executive Committee as Honorary Treasurer from 2000 to 2002 and was made a Vice President in season 2002/2003 in tribute to his contribution to the Club over the years.

Our condolences go to his wife Ruth, his children Philippa, Andrew and David, and his grandchildren and great grandchildren.

The Funeral Service is at Kemnal Park Cemetery, off the A20 Sidcup-By-Pass, Chislehurst, BR7 6RR, on Friday 8th July at 3.30 p.m.

Donations, in lieu of flowers, can be made to The Royal British Legion, c/o Welham Jones Funeral Directors, 4 Belmont Lane, Green Lane, Chislehurst, BR7 6AN.