Blackheath’s new skipper is ‘positive’ about the season ahead 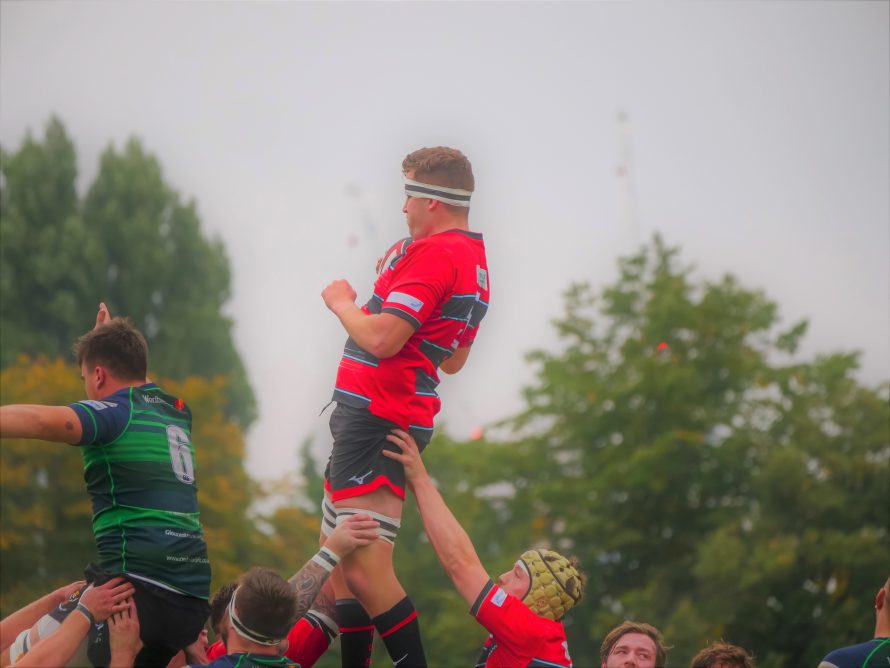 ‘No, I didn’t know that,’ was Ed Taylor’s response when I informed him that he was only the fourth player to be appointed as captain of Blackheath since 2005.

‘To be honest though, I’ve been chosen for this season, and that’s all I’m focused on. After that is another matter.’

Ed follows in the footsteps of Markus Burcham and Tom Bason, his immediate predecessors who shared 14 seasons between them, but in many ways his task will be far more onerous theirs. 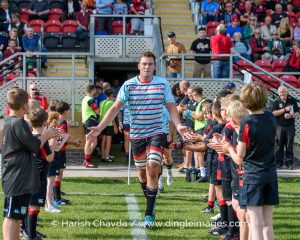 The Covid-enforced layoff has seen the departure of no less than sixteen key members of Blackheath’s playing squad, a couple of whom would have been strong captaincy candidates themselves.

On the plus side, however, the Club has seen a large influx of players (including Ed himself), which presents quite a challenge for the new skipper, as demonstrated by frustratingly narrow defeats in the first two outings against Cinderford (18-15) and Moseley (22-20).

However, yesterday saw a first win with the 23-14 defeat of Darlington Mowden Park at Well Hall, thanks to an outstanding second half performance overturning an eleven-point deficit at the break.

‘We’re still getting to know each other,’ said the 6’ 4” second-row forward. ‘It’ll take a while to gel and find our best combinations, but we’re growing as a team with every training session. There’ll be strong competition for every place.’

Ed grew up in Shropshire and, encouraged by his father who played locally, began his rugby with Bridgnorth RFC.

His first experience of captaincy came with Old Swinford Hospital School in Stourbridge (which included an appearance in the 2012 Daily Mail U18 Cup Final, losing narrowly 15-8 to Dulwich College), and continued with England U18/19 and Worcester Warriors U18.

While with the Premiership club’s academy, Ed had stints with Luctonians and Rotherham before moving to Loughborough University, making 76 National League appearances, and captaining the Students in his final year.

Joining Bedford Blues in 2016, Ed made over 80 appearances, while completing a Masters in Real Estate and Planning, and starting a part-time career in Development.

‘The time had come to step away from full time professional rugby and focus on the career while continuing to play at top level with a semi-professional club.’

‘Having moved close to the area and having it on my doorstep, the decision to join Blackheath was something of a no-brainer. It has an outstanding history and a reputation for looking after its players.’

Like most rugby players, Ed is fond of many outdoor pursuits. Cricket featured in his early years (he played at age group level for Shropshire and Worcestershire), and now water sports is a keen pastime for him and partner Emily, a Technology Consultant.

Most recently Ed got together with former teammates to cycle from John O’Groats to Land’s End, raising £55,000 for two charities (My Name’5 Doddie and Matt Hampson Foundations), completing the 1,000 miles in nine days.

Now though, with rugby returning after the long hiatus, Ed’s attention is firmly fixed on leading Blackheath in their 2021/22 National League One campaign.

‘I’m incredibly proud and honoured. There’s a lot of positive energy in the squad and I’m very excited about the season ahead.’

Ed and his teammates will be channelling that positive energy again next Saturday as they to follow up the victory against Darlington Mowden Park as Caldy arrive at Well Hall for the second of back-to-back home games. Kick-off is at 3 pm.