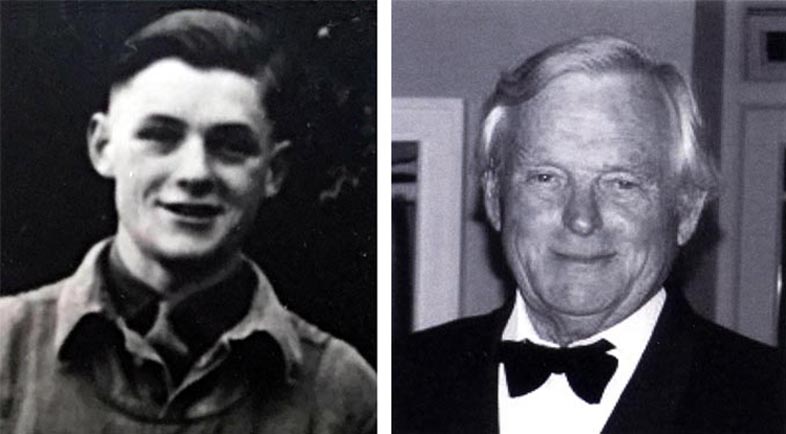 We are sorry to announce that John Innes Wood died on 13th December, peacefully at his home in Ashmore, near Salisbury, aged 91.

He was much loved by his wife Frankie, children, grandchildren and great-grandchildren. A private family service was held on 23rd December at St Nicholas Church, Ashmore. The date for a memorial service will be announced in the near future.

John was born in Australia and educated in Kent at The New Beacon Preparatory School in Sevenoaks and then at Christ’s Hospital School, Horsham. He was a member of the Honourable Artillery Company and also played rugby for Blackheath FC. John represented the Club in the 1950s and was on the tour to Gosport and Huddersfield in April 1954. He was a good friend of Bill Tucker, the Club’s sports injury doctor, who was Club President in those days (1961-64). In the 1957-58 season, John became a Committee Member and Officer of the Club. For the following two seasons he was a Director of the Blackheath Cricket, Football and Lawn Tennis Company Ltd. He and Frankie were married in 1963. John was very proud of being made a Vice President in 1964-65 in recognition of his work for the Club.

In 1968, John and Frankie moved to Devon and founded a sign company based in Exeter. This was a great success story, winning business projects throughout the world. All his life John enjoyed watching and chatting to other rugby enthusiasts, often at Twickenham matches, where for more than twenty years he had debenture seats. He usually went with Frankie and family members or friends. John became one of the 47 life members of Blackheath in 1995 and maintained an interest in the Club, often ordering items from the Club Shop.