The initiative organised by the Wooden Spoon charity had 20 Kent clubs and over 150 riders participating to raise funds for their club and the charity. Our biking heroes, Ian Williamson, Marcus Evans, Kenny Purchase and John Slater, despite an appallingly wet start, showed magnificent commitment to complete the gruelling 50 mile course around 6 mid Kent rugby clubs.

A refreshment stop at the Rose and Crown at Wrotham, was a glorious pause amid the frantic peddling. 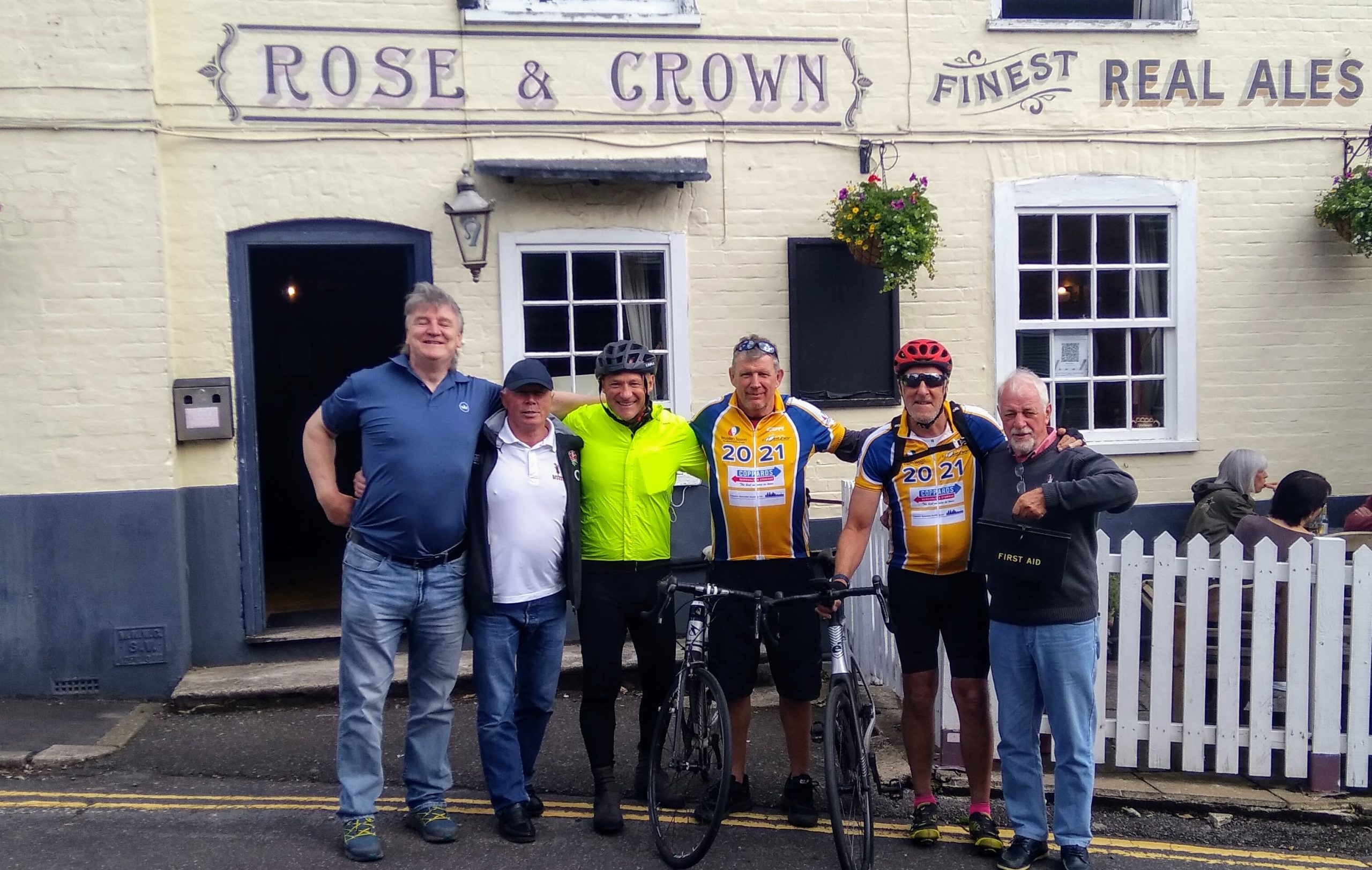 Del, as my navigator in the support car, contributed a sterling effort to keep us on track and offer first hand assistance to the boys.

Mick, President of Wooden Spoon, did a good job on the photos and captured a cracker of a short video (attached) of Marcus struggling up the hill with an associated curse. I hope the WS felt they had benefitted from the day, they certainly involved a few clubs around the County. The amount raised continues to climb and we are currently at £2368.50 – magnificent. This is second only to Westcombe Park of the 20 participating clubs.

So, as we close the books on this fundraiser there is still time for late contributions; now that you know the task has been completed, can you help us get past Westcombe Park? If you can Go to:

one of the options is Sponsor riders – click on that

Scroll down to the Blackheath logo – click on that

Finally a big and sincere thank you to all those who have donated – it has been a great success.

Fantastic fund raiser for the Club and the Spoon, so big thanks to John, Kenny, Marcus and Will for making this happen. Also, thanks to everyone who got behind our lads as the club and the kids in Kent will benefit. I was impressed with the spirit show on the streets and lanes of Kent by all involved on the day, cyclists, volunteers at the clubs and the people in support vehicles. There was a time where we were grateful for the battles won in the sky’s over Kent, Sunday was not life or death but will go towards making someone’s life marginally better.

Estimating a profit for Kent Wooden Spoon was well over £10,000