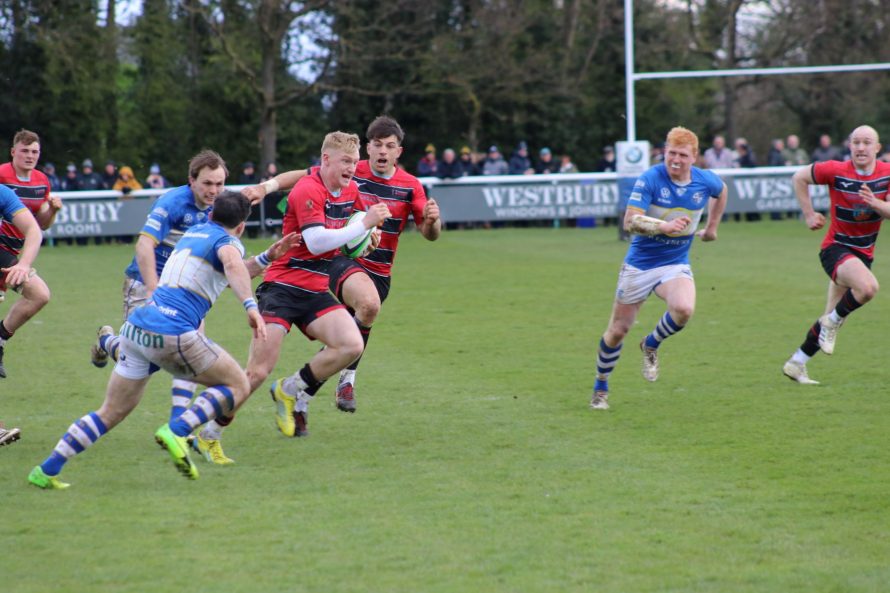 No more than ten points has separated these two sides at the end of any of their seven previous meetings and this contest added another tight, hard-fought encounter to the list, with Stortford collecting the full quota of spoils, while Blackheath had to be satisfied with a losing bonus for the fourteenth time this term.

In a game littered with penalties, Blackheath spurned early kicking opportunities, favouring the set-piece, a policy which had paid dividends against Rosslyn Park a week earlier. 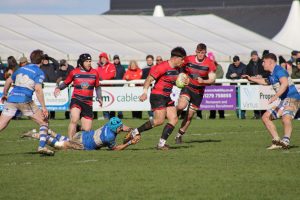 This time, however, a sturdy defence denied the visitors, despite the loss of two Stortford players to the sin-bin and, on 27 minutes, the strategy backfired disastrously, as Mike Ayrton intercepted, and raced almost the full length of the field to score under the posts.

It was about the only time the Hertfordshire side had ventured into the Club twenty-two to that point, but now, buoyed by their full-back’s moment of inspiration, they were soon back, going through numerous phases before sending left-wing Joss Linney across, Alfie Orchard adding a second conversion.

Nevertheless, as bright sunshine at Silver Leys gave way to hail, Markus Burcham made the long-awaited breach in Stort’s defence line, before sending Harry Dugmore across, reducing the deficit to 14-7 at the break. 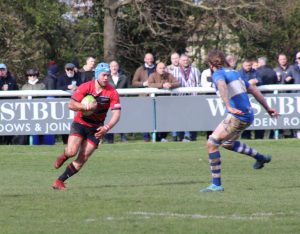 Stort’s catch and drive came to the fore soon after the re-start, with loose-head Will Roberts scoring out wide, and although Jake Lloyd’s neat inside ball soon had Marcus Kershaw weaving a line for a second converted Club try, a reversed penalty decision (not the first, as both sides allowed discipline to slip) saw a repeat performance, as Stort hooker Alex Rayment touched down for a ten-point lead. 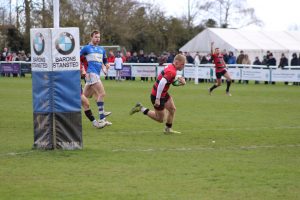 The hosts continued to dominate the breakdown, and Blackheath’s cause wasn’t helped by damp ball slipping from grasp on more than one occasion, but with nine minutes remaining, Dom McGeekie smuggled a Stort lineout, and ball sped across field for Kershaw to slide across out wide.

However, turnovers and infringements continued to thwart the visitors, and Stortford saw out time to complete a deserved win.

Blackheath return to Well Hall for their final home game of the campaign next week as they to take on Rams. Kick off is at 3.00 pm.