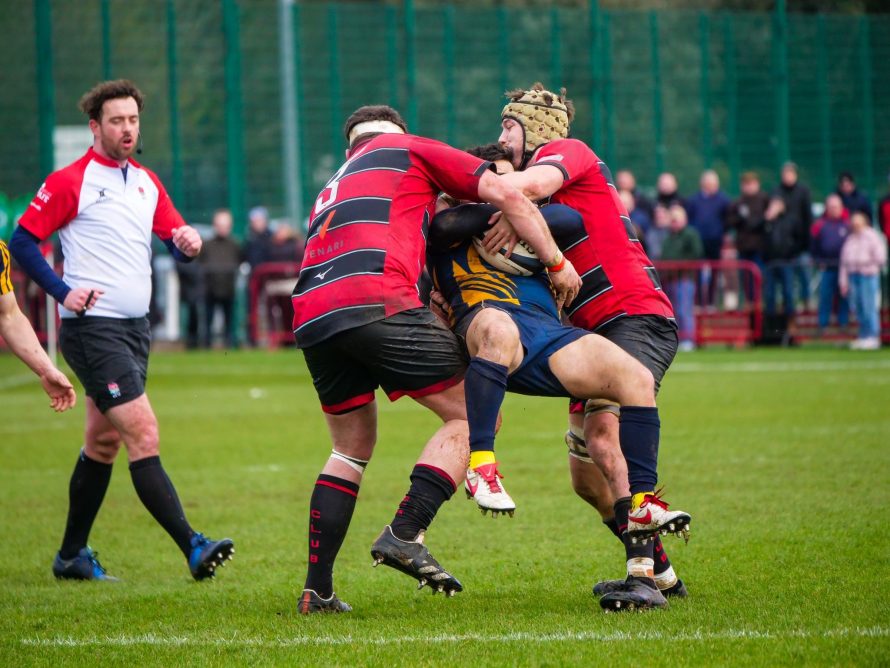 A stubborn defence and, not for the first time, the mighty boot of Tom White, saw Tonbridge to a famous victory which will be talked about in Kent for a long while, regardless of the outcome at the end of the campaign.

It was White’s opposite number, however, who made the initial impact. Starting a game for the first time in over four years, James Shanahan produced a delightful inside ball to send Nick Foster across for the opening try on seven minutes.

Nevertheless, two yellow cards in rapid succession blunted Blackheath’s progress, and although the visitors were unable to capitalise during the period they had superior manpower, a White garryowen on 34 minutes was misread by the hosts. The TJs fly-half collected and kicked on, before Harvey Young showed off his own footballing skills, the full-back gathering to cross for 7-7 at the break. 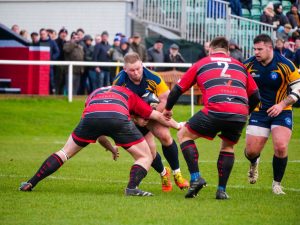 A scrum infringement gave White his first penalty after the re-start, but overall it was Blackheath who held the edge at the set-piece. Opting for a scrum from a penalty on 55 minutes, ball was moved across field for Markus Burcham to go within inches, and recycled again for George Spencer to cross and put the hosts 12-10 ahead.

However, trying to work their way out of defence on the hour, Blackheath were caught holding-on out wide and some eight metres short of half-way. White struck a beauty to put his side back in front, followed by an easier effort moments later for the same offence to stretch the lead further. 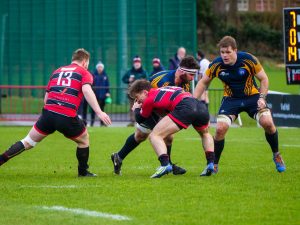 Tonbridge were fortunate to escape with no more than a penalty as the ball was cynically picked up in an off-side position with Blackheath attackers bearing down, but the hosts failed to make the most of the field position they’d gained, and the visitors held on.

Next Saturday, Blackheath travel to Devon to take on fellow strugglers Plymouth Albion. Kick off at Brickfields is at 3 pm.