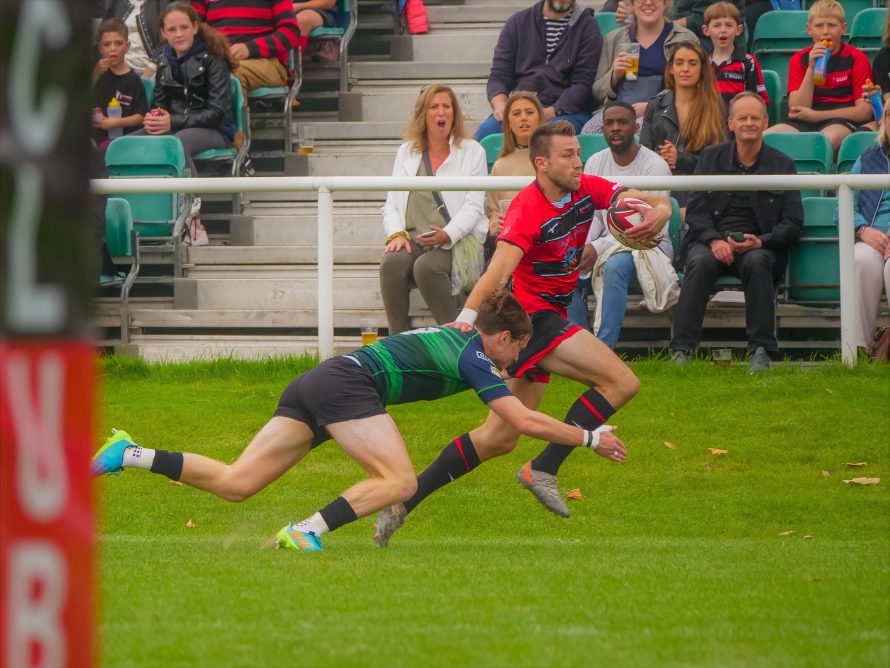 Basic errors, and a penalty count of 14-7 against, cost Blackheath heavily in a game where they had ample opportunity to nail an opening-day win, two fumbles on the goal-line in the first period and two lost lineouts in the second denying them.

In contrast, Cinderford’s set-piece was solid in both departments and allowed them to control large periods of the contest, particularly in the closing stages which they managed expertly.

With no less than eleven debutants in their 20-man squad, Blackheath might be forgiven for looking a little disjointed, but there were some early signs of promise. Howard Packman and Marcus Kershaw both showed pace and the ability to break tackles out on the wings, and it was the former who combined with Nick Foster on 15 minutes on the right flank following scrum ball on halfway, for the Club full-back to open the scoring.

Earlier, Blackheath had wasted a golden opportunity by conceding a penalty on their own put-in five metres from the Cinderford goal-line, but in a similar position the visitors were far less careless as they drove hooker Nathan Taylor across from lineout ball in the 26th minute.

Sam Evans kicked a penalty for the hosts, but despite losing a man to the sin-bin, Cinderford were again handed field position for Taylor to drive across for his second, giving the visitors a 10-8 lead at the break.

Two penalties after the restart put the Gloucestershire side immediately back on the front foot after the restart, skipper and number-eight Harry Hone picking and driving over on the short side to extend the advantage by a further five points. 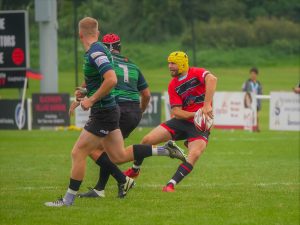 However, just as Cinderford seemed to be have a decisive grip, Blackheath were handed a lifeline as spilt ball was snapped up by Sam Kennaugh in midfield, the Club centre racing away and popping the ball up for Freddie Owen to score, Evans’ conversion levelling the score at 15-15.

A 55th minute penalty from Cinderford centre Liam Hemming restored a narrow lead for the visitors, but a further effort was pushed wide shortly after, leaving Blackheath well within range and with plenty of time.

However, twice attacking lineout ball missed their targets, leaving the hosts unable to gain a foothold in opposition territory.

Conversely, Cinderford’s set-piece grew and grew in confidence, and despite a second man in the sin-bin, the Gloucestershire men saw out time with little danger.

Blackheath travel to Billesley Common to face Birmingham Moseley next Saturday, before returning to Well Hall for back-to-back home games against Darlington Mowden Park on 18th September and against Caldy a week later.