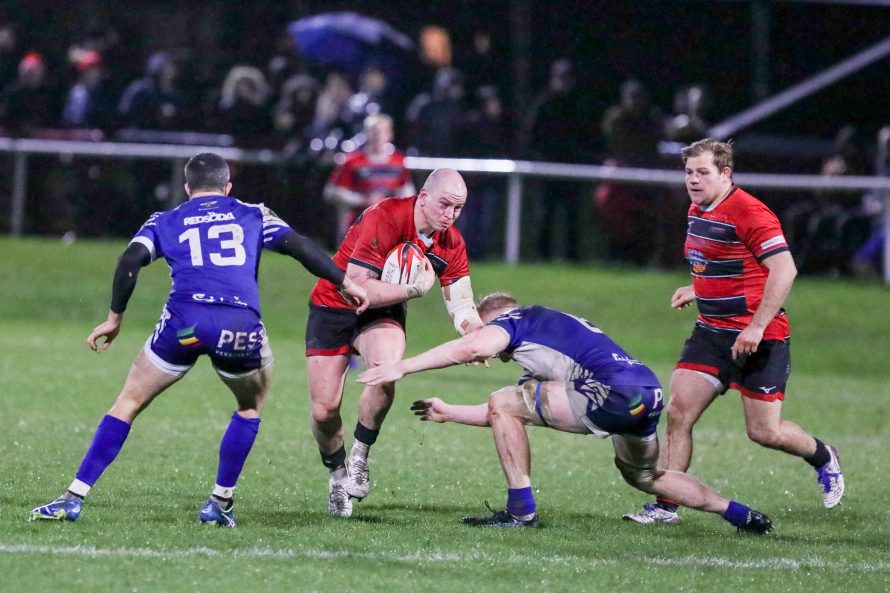 A fine match in tricky, greasy, conditions, with Sale taking maximum points from a sixth successive win to keep up their interest at the top of National League One, while Blackheath have to content themselves with an eighth losing bonus point of the campaign, courtesy of a Freddie Gabbitass penalty on the final whistle.

‘Sale were really well-organised, disciplined and they moved the ball well, even though it was wet.’

‘For the first 20 minutes we were decent, but outside of that we struggled to build pressure through our ill-discipline and didn’t spend enough time in their twenty-two.’

Indeed, the game was balanced on a knife-edge in the early stages. The scoring was opened on eight minutes by Jack Metcalf, the Sale wing intercepting from 35 metres out as Blackheath moved play after stealing lineout ball.

However, Freddie Gabbitass dummied his way through the Sale defence, before Harry Holland muscled over out wide, and although the Club fly-half missed the conversion, a penalty nudged the hosts in front. 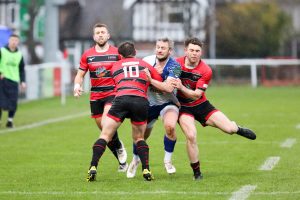 Only briefly, as Sale full-back Tom Brady sent Metcalf scything down the right flank for his second score, but again Blackheath responded quickly as Gabbitass’ cross field kick was expertly collected by Jake Lloyd for the Club wing to dive over and score.

This time the conversion was added, but it was a penalty from the ever-immaculate boot of Sale fly-half Chris Johnson that gave the Cheshire side a 17-15 lead at the interval.

Within two minutes of the re-start, the lead had increased to nine points, as Sale went through the phases, making territorial gain towards the left corner, before outside-centre James Robins powered across close to the uprights. 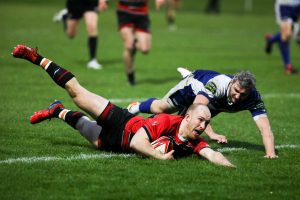 Once again Blackheath brought the difference down to a single score, as George Spencer punched a hole to send Jake Hennessey away for a try, but the Club’s ill-discipline at the key moments gave Sale the field position to drive back-row Andrew Hughes across for what would turn out to be the decisive score.

Gabbitass and Johnson exchanged penalties, and Blackheath drove close to the Sale goal-line, but the visitors got bodies underneath for the turnover, and the hosts then found themselves under pressure as Ollie Claxton was forced to carry the ball over his own try-line. 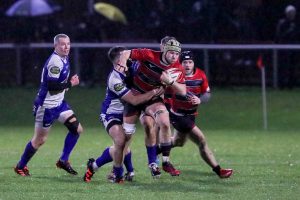 One final opportunity came as James Newey dummied through the Sale defence, but the centre was unable to find the offload, and Blackheath had to settle with Gabbitass’ late strike for consolation.

Blackheath now enjoy a long Christmas break of four weeks until their next game which sees them take on Birmingham Moseley at Well Hall on 8th January.