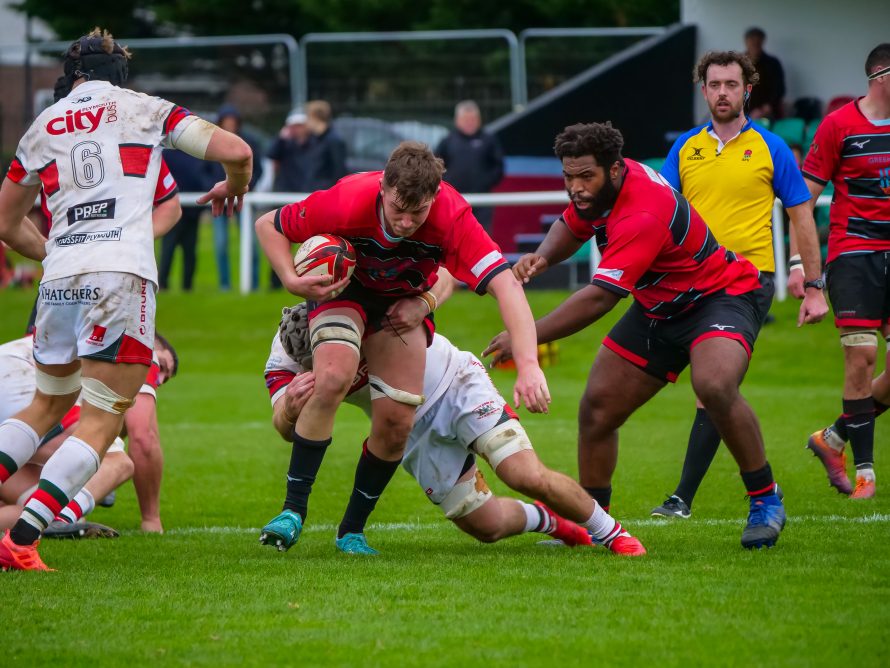 After five successive defeats to start their season, Albion made it two wins on the bounce, the Devonians emerging victorious in this closely fought contest.

In a game played at high tempo and featuring nine tries, Blackheath had left it late to move into the narrowest of leads, only for hooker Jamie Salter to cross with four minutes remaining to claim maximum points for the visitors. 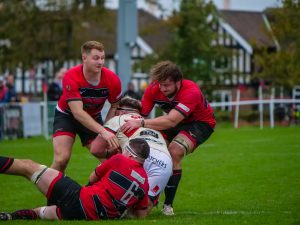 It was Blackheath, however, who set the early pace. The Club were able to exert pressure following a mistake at the kick off, and after Andrew Boye made inroads, and Jake Lloyd and Dom McGeekie went close in the corner, the ball was moved inside for Ed Taylor to touch down for a converted score on just two minutes. 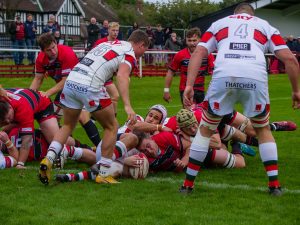 Dan Hiscocks broke blind off the base of a ruck, and Boye was involved again, making the final pass for McGeekie, the flanker making a fine one-handed catch before going over, and Blackheath had a 12-0 lead with just ten minutes played.

Nevertheless, once Albion got their driving maul into action they soon hauled their way back.
Spurning a possible three points, they backed up their decision by driving Salter across from lineout ball, and although Freddie Gabbitass responded with a penalty at the other end, another similar opportunity saw ball moved inside for centre Setareki Raumakita to trot over unopposed. 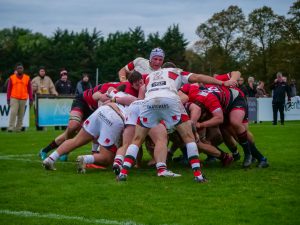 Tom Putt converted both scores to bring the visitors within a point, and the scrum-half added to his tally on half-time as he moved blind off a further maul, his try giving Albion the advantage at 19-15 at the interval.

Albion started the second half in the ascendancy, and soon Alex Ducker was embarrassing the Blackheath defence, as the wing weaved a path from near halfway to beneath the uprights for the bonus point score.

However, with George Spencer off the bench and making a fine debut in the centre, and Freddie Owen pilfering a couple Albion lineouts, Blackheath picked up the pace once more. A second yellow card in the match for a dangerous tackle depleted the visitors once again and as the Club pack rolled towards the goal-line, a penalty try brought the hosts back within range. 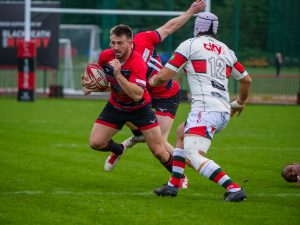 Gabbitass and Putt exchanged penalties, and with time running out, the Club fly-half executed a perfect cross-field kick for Howard Packman to collect, the wing grounding, despite being taken in the air, and giving Blackheath a one-point lead.

Nevertheless, the Club were immediately on the defensive as Albion cut down the left flank, and although the ball was scrambled into touch, Blackheath chose not to challenge the lineout enabling Salter to be driven over for the winning score.