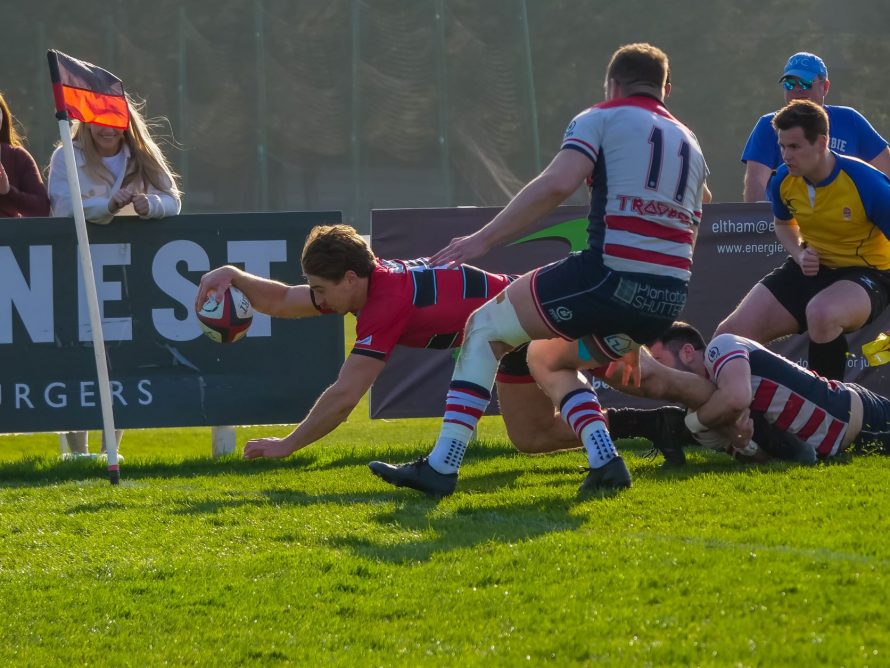 After six successive defeats, Blackheath found an exceptional performance in the spring sunshine to give themselves a massive boost in their fight against relegation, while at the same time putting a dent in Park’s promotion hopes.

‘All week we talked about going out and expressing ourselves, trying to score four tries, and all the pressure being on Park,’ said Club coach James Shanahan.

‘To be honest, I didn’t think it would go as well as that. I thought we had the ability to score tries, but having lost thirteen games by less than a score, for the boys to hold out, particularly through the last ten minutes with them camped on our line, was an outstanding effort.’

In fact, Blackheath had the four-try bonus wrapped up by half time.

Spurning an easy three points to opt for a scrum, Dan Hiscocks moved ball wide for Jake Lloyd to cross in only the fifth minute. 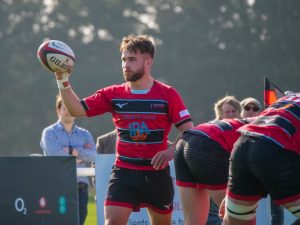 Park responded by driving hooker Jared Saunders over for an unconverted try, but as ball fell loose after being tapped from the top of a lineout, Harry Holland picked up to scamper 25-metres and score, Freddie Gabbitass adding a second conversion for 14-5. 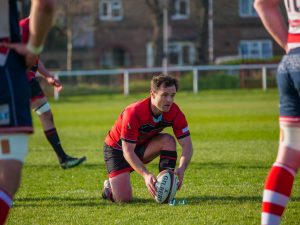 Ollie Walliker’s lineout ball kept the Club on the front foot, while Park allowed their discipline to falter, and as Hiscocks and Gabbitass continued to stretch the visitors’ defence with their game management, Nick Foster put Lloyd over for his second, before the wing returned the favour to the full-back for a 24-5 interval lead. 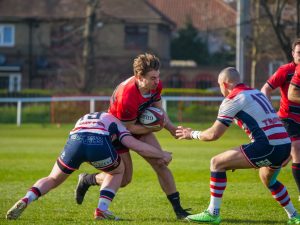 Turning around with the wind in their favour, Park served notice by driving number-eight Hugo Ellis across within two minutes of the re-start, but Blackheath were soon back in opposition territory, and although Gabbitass missed a penalty, the Club fly-half converted beautifully from out wide, after lineout ball went across field, and Lloyd beat defenders to complete his hat-trick.

However, now it was Park’s turn to go on the offensive, scrum-half Dave Lewis crossing close the uprights from a close-range scrum for Craig Holland’s conversion to reduce the deficit to 14-points. 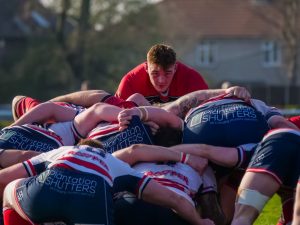 A massive, gutsy defensive effort, notably from George Spencer and Markus Burcham, held Park at bay, but eventually reduced to 14-men, the pressure told, and Ellis drove across and Park were within a score of levelling.

However, Blackheath dug deep, Ed Taylor burgled a crucial lineout, the only one of thirteen second half throws the visitors lost, and the hosts clung on for an against-the-odds victory.

‘It’s a London derby and form goes out of the window when our two sides meet’ said Park head coach Kieran Power.

‘Blackheath were well up for it and put a lot of pressure on us which they exploited, while our ill-discipline caused our own downfall in the first period. We tried to claw it back, but it was a bit too far to go.’
‘We’ve got a massive game against Caldy (league-leaders) next week, so we’ll take it on the chin, dust ourselves down, and throw the kitchen sink at it.’

While the top two fight it out, Blackheath will look to put more distance between themselves and the drop zone as they take a short trip up the M11 to Bishop’s Stortford. Kick off next Saturday at Silver Leys is at 3.00 pm.