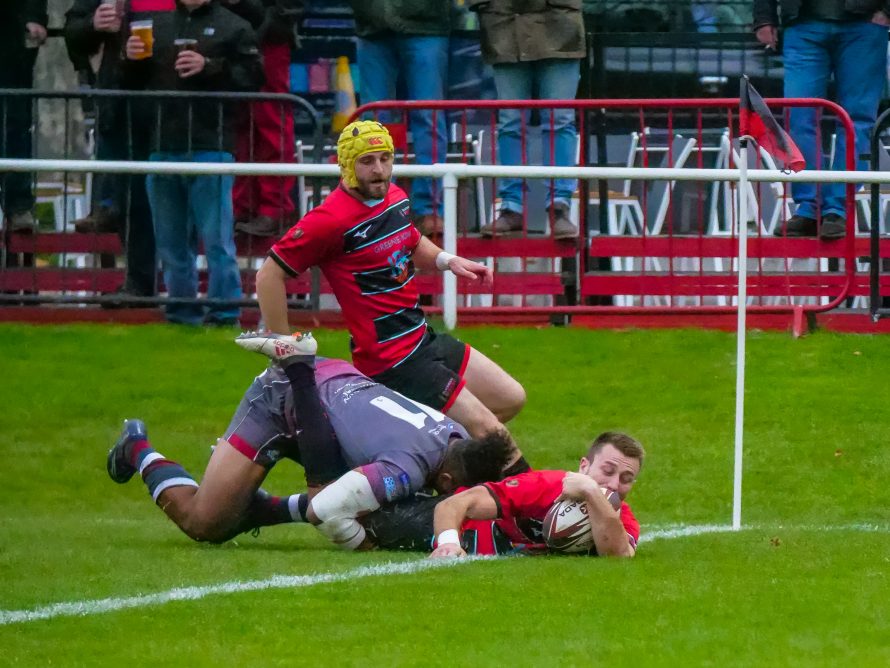 A vastly improved performance from Blackheath saw the Club cross the goal-line six times to claim maximum points from their first-ever league meeting with Taunton, and record only their third victory of the season to date.

Not that the omens looked favourable early on. Two scrum penalties, and missed tackles, enabled Titans’ left-wing Shai Bonnick to break through for a 5-0 lead on eight minutes, and with number-eight Ratu Vakalutukali rampaging through the midfield, the Somerset side, newly-promoted to National League One for this term and sitting in eighth place at the start of play, posed a constant threat. 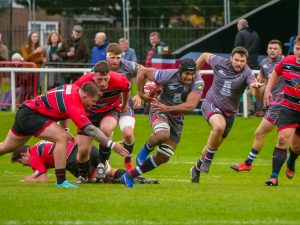 However, Blackheath’s response was instant and the Club were soon into a lead they would not relinquish. 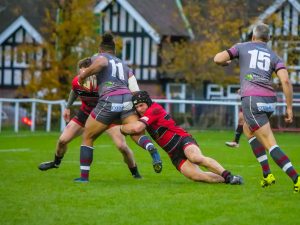 With Ed Taylor providing quick lineout ball, George Spencer’s long pass found Nick Foster out wide, the wing making ground, before off-loading inside for Jake Lloyd to cross, and as lineout ball was driven towards the goal-line on 17 minutes, Steve Leonard bundled over for a 14-5 advantage.

Titans’ hooker Alex Spurdle went across in similar fashion for Taunton, full-back Gary Kingdom adding the first of two successful conversions, but again the response was swift as James Newey sent Foster on another break on the left touchline, and with support arriving, Leonard was over for his second. 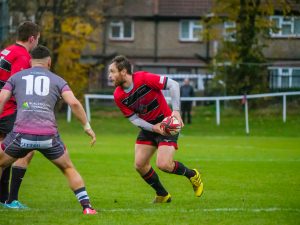 Freddie Gabbitass added a third conversion, following up with a penalty, and Blackheath led 24-12 at the interval. 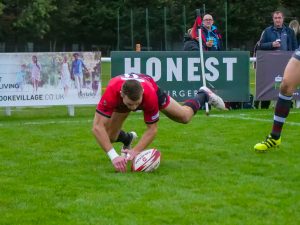 Foster popped up on the opposite wing after the restart, winning the race to ground Alex Brown’s punt to the right corner, before Taunton gave themselves hope by crabbing inside from lineout ball for tight-head Isaac Dalton to score.

Nevertheless, the Club left-wing capped a fine performance on 51 minutes as he weaved some lovely angles for a fifth Blackheath try.

Harry Holland, returning to the number-eight berth, and Spencer led the way with some immense tackles, while Ed Taylor towered above all throughout in the lineout, and it was the Club skipper’s take, close to the hour-mark, which set the drive from which the deserving Holland burrowed across for try number six, Sam Evans striking a 40-metre penalty on 74 minutes to make sure.

Blackheath’s next match takes place on Friday night as they make the short trip around the South Circular to face Rosslyn Park. Kick-off at The Rock in Priory Lane is 8.00 pm.