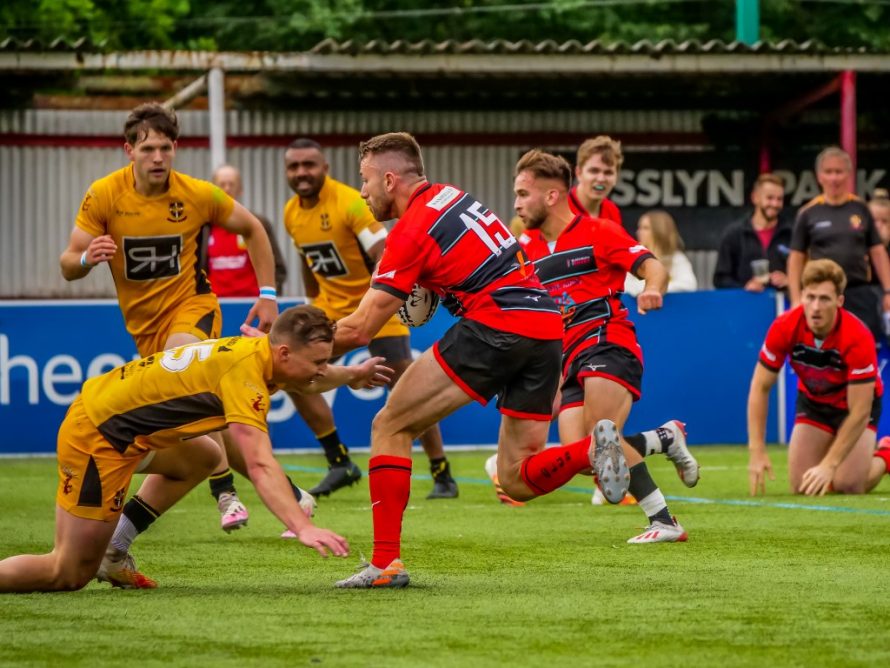 Almost normality!  The outside bar had run out of beer by 7 pm and the queue for inside stretched out of the door and mingled with those trying to get to the burger bar.

Nevertheless, the weather kept fine, there was a decent-sized crowd, and all at Rosslyn Park deserve credit for gathering together twelve sides and putting on such an event in these uncertain times.

The players too must have been relieved to have an opportunity to get on the field of play, albeit in the shortened version of the game and with the minor amendment of no scrums.

Unfortunately, however, it will not go down as one of the more memorable nights in the annals of Blackheath.

Against Esher, two tries saw the Surrey side into a 12-0 lead at the interval, and although Leo Fielding and Andrew Denham responded to draw Blackheath level, a third score gave EEEs a 19-12 win.

The Club’s second pool match was a more one-sided affair as they succumbed to a five try to two, 29-12, defeat at the hands of eventual tournament winners Ramblin Jesters, Blackheath’s scores coming from Chris Bell and Dan Hiscocks.

For the record, Jesters beat Rosslyn Park in the final 24-12.