Park House 26-38 Blackheath Bandits
The Bandits played their second and final pre-season game on Saturday in a hastily thrown together fixture against a handy Park House team, after their scheduled opponents Cranleigh called off late in the week. This was less a ‘game of two halves’, more a ‘game of 70 minutes’, as for the first 10, there was only one team on the pitch. A catalogue of errors and traffic-cop style defending saw the visiting Club side down by three converted tries before the match clock was in to double figures. It may have been in the minds of some of the Bandits that the last game of last season against Brockleians was characterised by an heroic comeback after a glacially slow start; this opening was even worse. There may well be tribes in the Amazon rainforest, as yet unreached by western civilisation, who could be called upon to provide better impressions of Rugby players than we saw in those opening phases, and what morsels of possession the Club could conjure were immediately squandered. Park House ran energetically and purposefully around, through, and over the Bandits’ defenders, and tempers frayed. The word ‘hiding’ was used as the Club side gathered under their posts for the third time in quick succession, and things urgently needed to change. Happily, they did. 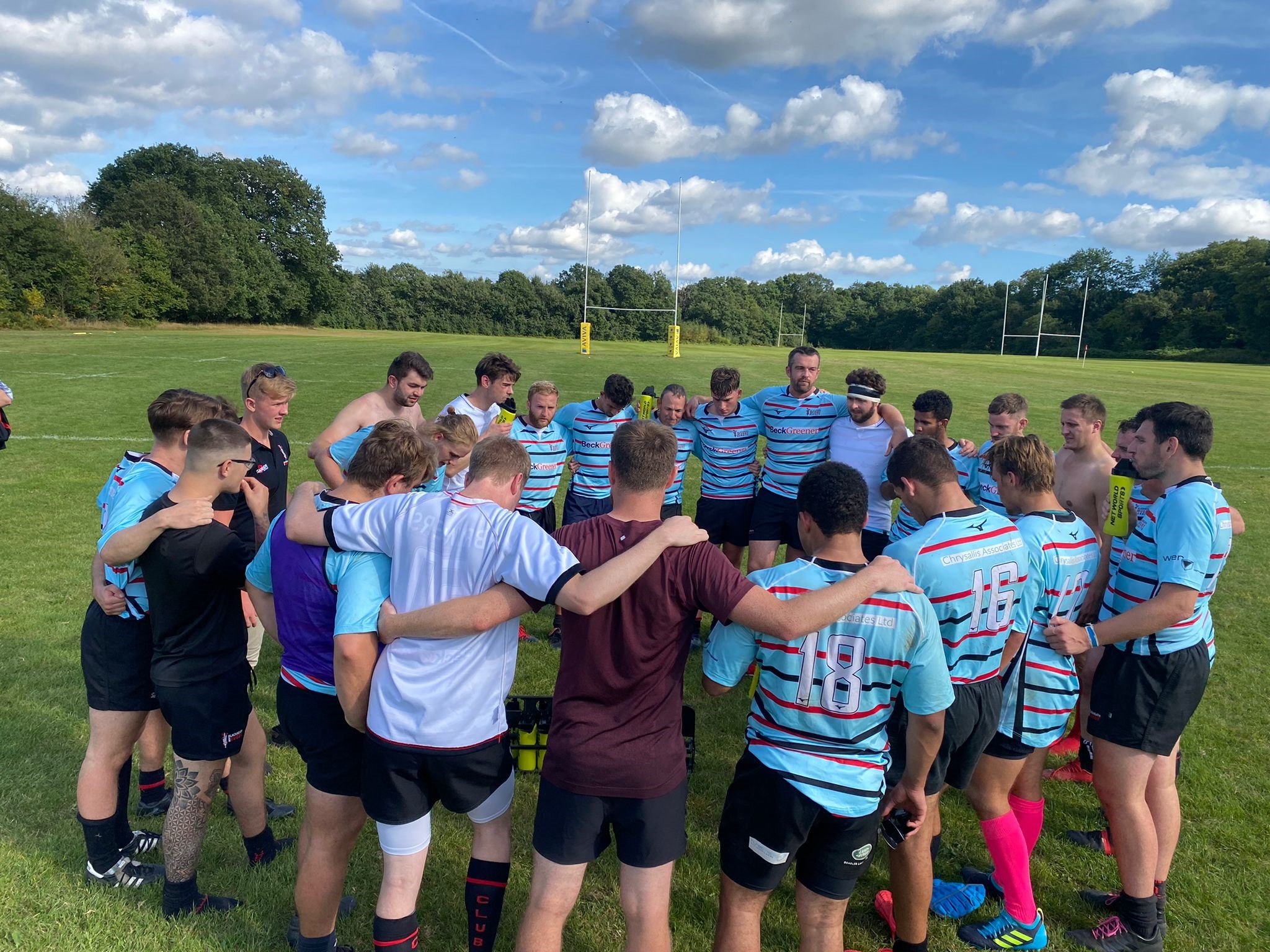 As soon as Blackheath could retain the ball for a few phases, they started to settle. Daf Lloyd and Rob Byrne in the centres carried gamely and effectively, getting across the gain line and giving the forwards something to run on to. Some strong carrying in midfield around the 20 minute mark didn’t create much of a gap, but there was enough space to interest Dylan Barnes at scrum half, who broke, bashed and bludgeoned his way through three Park House players to (probably) get the ball down over the tryline. Although the conversion was narrowly missed by James Bush, the Club were on the scoreboard and looking more like themselves. Park House rallied thereafter, and their outside-half shrugged off some more indifferent tackling to create a try in the top corner. More strong words were uttered and changes in personnel were forced as player-coach Conor Mitchell was forced from the field with a neck injury. Now with 4 second rows in the pack, Blackheath threw themselves at Park House from the restart, forced a turnover and slung the ball wide to James Pierson, who beat his opposite number for strength and pace, and scored in the corner. 26-12 at half time.

Park House had won the toss and elected to play uphill in the first half, and were probably fairly confident of seeing the result out with the significant slope in their favour for the remainder of the match. Blackheath Bandits, however, rather defy convention by habitually improving their game in the face of headwinds and hills. This counter-intuition continued on Saturday as the Club players imposed themselves on an increasingly tiring home side, and new front-row Mykea Perry typified the change in the game’s energy with some barreling runs and a smart try. Bush at 10 applied the boot to good effect through the second half, and the forwards’ efforts also seemed to be yielding results in the form of more space, although the lineout misfired throughout as personnel were chopped and changed. Lloyd and Perry combined brilliantly halfway through the second half and seemed to put Pierson in the clear for his second try, but inexplicably the pass failed to stick in the wing’s hands with the tryline begging. Maybe one day scholars will be able to explain the cause of this mishap in a more eloquent way than was managed on the day by disbelieving onlookers. The relief for Park House was temporary, however, as possession was recovered moments later and replacement scrum-half Jacob Wearon scampered through a gap wide enough for a dozen buses, for a try which brough the scores to within 2 points. Wearon did earn himself a light dressing-down from the Referee and Club captain Andy Lock for a clear-cut case of showboating on the way to the line, although this did not affect his game negatively in any way, and his debut performance for the Bandits was impressive in its energy. Sean Collett, Namir Khalil and Ethan Hawkey also made first appearances in senior rugby, and all helped turn the screw on the home side. Park House’s only second-half foray in to the Club 22 was snuffed out first by Bush getting off the line swiftly and stopping the ball carrier 5 yards short of the gain line, and secondly by Khalil flying in to the ensuing ruck and winning the turnover. 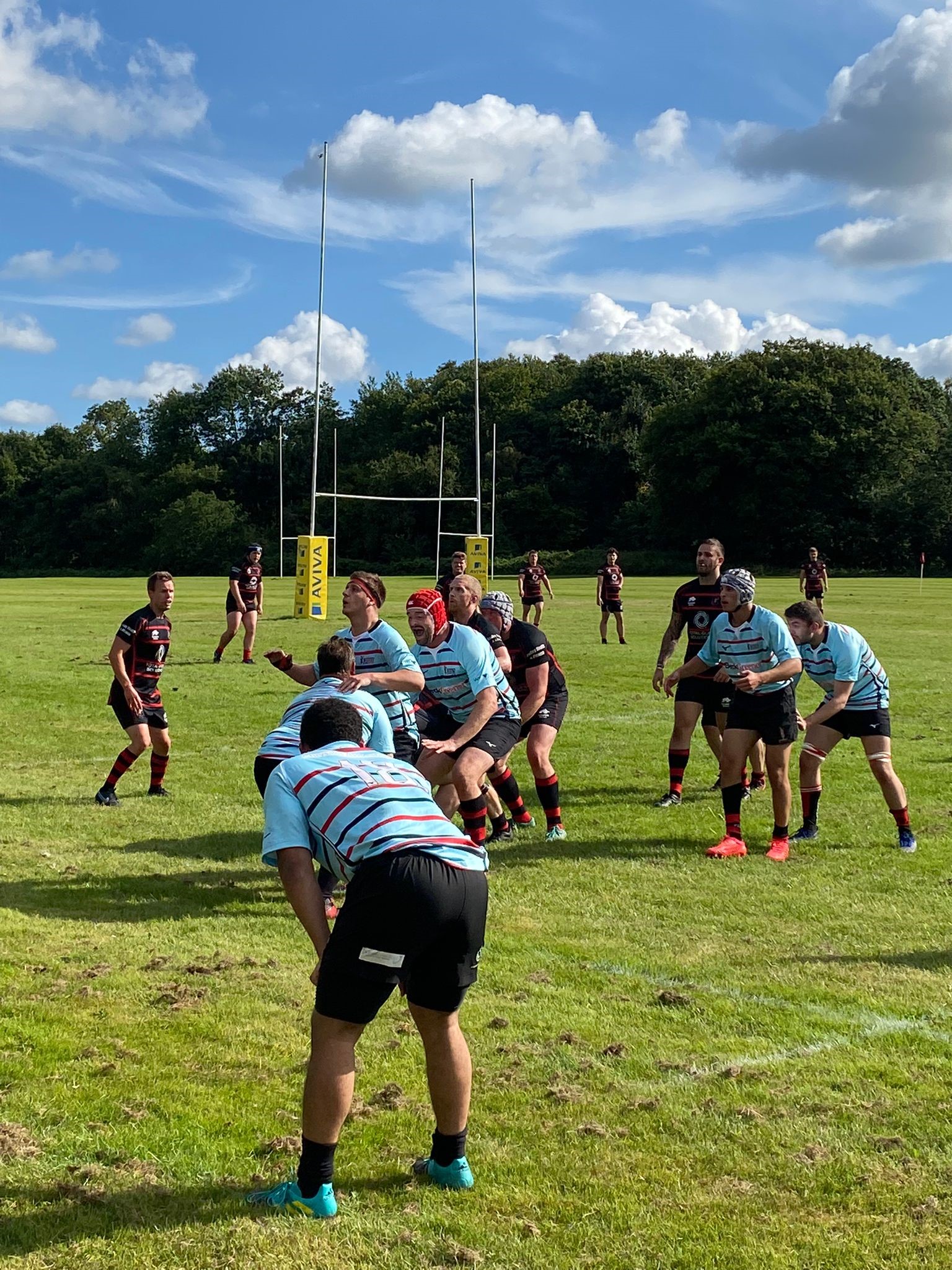 Rory Eves, standing in at Loose-head, had performed admirably against some fairly hefty citizens, but a neck injury forced him from the field and scrums went uncontested thereafter, which should in theory have helped the tired legs of the home side. If it did, however, it was insufficient to stop fullback Kai Roper-Blackman from carrying out a two-part coup-de-grâce, with both scores coming after some gliding runs, as space appeared. The match finished 26-38, a scoreline which does not get close to telling the story of what was a genuinely remarkable comeback, but on balance probably does reflect the Bandits’ dominance after the horrific opening ten minutes. With the league campaign due to start on 18 September, the Club side need to find a way of eliminating the need for a 10-minute ‘wake up’ period. Quickly.

Man of the Match: Mykea Perry