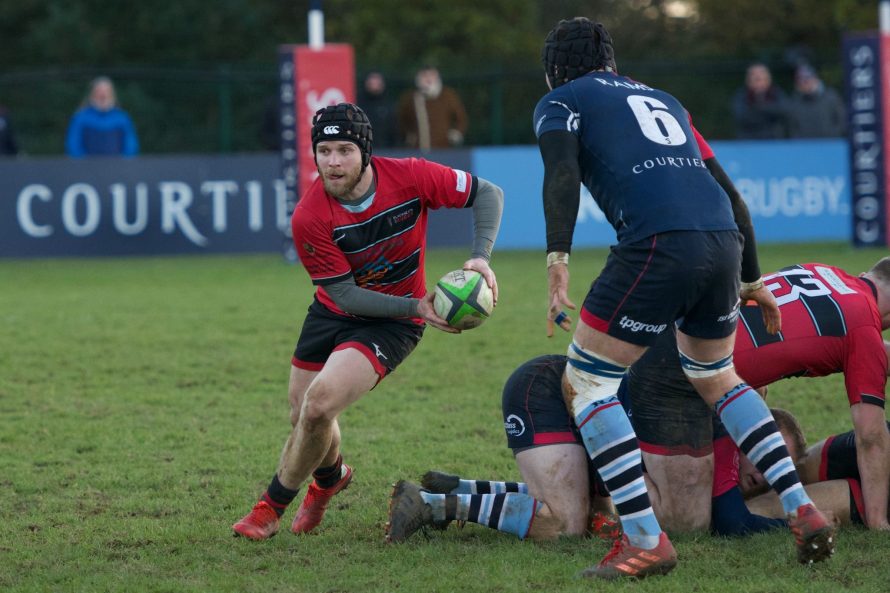 The best performance of the season to date by far. Against the side who started the day fourth in National League One, and the only team to have beaten leaders Rosslyn Park, who themselves put Blackheath to the sword a fortnight ago, the Club controlled much of this contest before digging deep to hold off a late Rams onslaught.

Tom Williams, Nathan Morris and Matt Collins gave Blackheath an early platform with their dominance of the scrum, winning two penalties, the second of which Freddie Gabbitass slotted for a 3-0 lead on seven minutes.

Rams declined an opportunity to level shortly after, opting instead for touch, but unlike earlier games, this time the Club pack held firm, turning over possession from the maul.

In fact, it was from open play that Rams scored their only try of the match as, after a period of pressure, Tom Vooght broke the defensive line to put fellow flanker Jamie Guttridge over.

Andrew Humberstone added the conversion, and a penalty for holding on soon after and, as the unfortunate Marcus Kershaw left the field only 20 minutes after returning from injury, it looked, for a moment, as if Rams would start to stetch away.

However, a quickly taken tap-penalty by Ollie Claxton sparked an attack which culminated in Jake Lloyd squeezing across out wide, only for the wing to look back and see the assistant referee’s flag signalling a foot in touch. Soon after though, Lloyd was gathering an awkwardly bouncing ball, and with George Spencer and Claxton combining down the blind-side, the latter sprinted over the goal-line, Gabbitass levelling the score with the conversion. 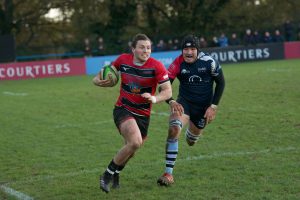 Humberstone’s second penalty gave Rams a narrow half-time advantage, but the re-start once again saw Blackheath in the ascendancy.

Gabbitass missed an early chance to draw level once more, but on the hour, as lineout ball was driven forward, Spencer, outstanding once again in the centre, made the strong telling break, cutting deep into the Rams’ defences. Freddie Owen and Nick Foster made further inroads, before Jake Hennessey sent Lloyd across for the score, Gabbitass this time adding the all-important touchline conversion to move Blackheath more than three points clear. 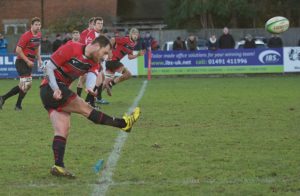 Indeed, had Humberstone kicked the three points available with around eight minutes remaining, Rams would have had time to return up field again but, preferring to overhaul the deficit in one hit, the fly-half sent the ball to the corner.

The remaining minutes saw Rams battering the defences, but the ramparts held out, and when one last opportunity presented itself following an adjudged high tackle, the throw went askew, and Blackheath had won.

Next Saturday Blackheath return to home soil for their final game of 2021 as they entertain Sale FC. Kick-off at Well Hall is at 3.00 pm