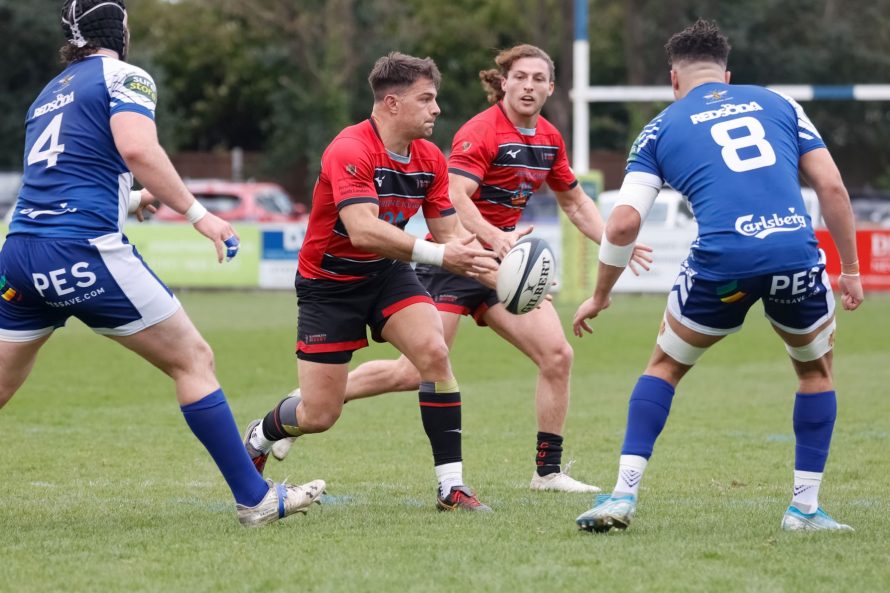 A valiant effort from Blackheath who controlled much of this game and, not for the first time in recent matches, were denied the rub of the green in a tightly fought encounter.

Ultimately, however, it was a devastating 22-minute spell, that saw Sale FC score as many unanswered points, which determined the outcome in favour of the hosts, and enables them to keep the pressure on their Cheshire rivals Caldy (who they meet next Saturday) at the head of National League One.

On a fine Good Friday afternoon at Heywood Road, the turning point came early in the second period. As Blackheath pressed, looking to build on a 20-7 advantage, the ball was lost forward on the Sale goal-line. The hosts countered to half-way, before fine hands switched play across field to the left flank, and open-side Jordan Tebbatt stretched out to ground in the left corner.

Two swift penalties, and a yellow card, on the hour gave Sale field position to drive skipper and blind-side Andy Hughes across, and moments later ruck ball launched Connor Doherty on fine break, the inside-centre having no need of the support out wide for an excellent try, and the hosts were in front.

Then, with seven minutes remaining, wing Nev Edwards executed with precision a perfect chip and chase, and with fly-half James Robins this time adding the conversion, the sizeable home crowd erupted with delight, knowing the game was won. 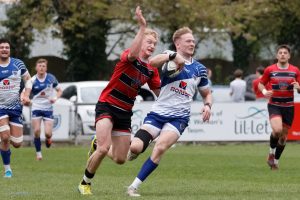 Harsh on the visitors, who with Ollie Claxton and Markus Burcham combining at half-back, and with Dom McGeekie, George Spencer and Andy Denham all impressive, had almost total control of the opening period, only to see their efforts continually thwarted by Sale infringements. 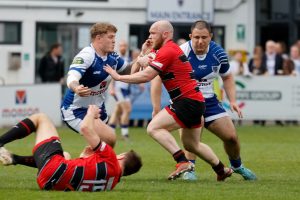 Jake Hennessey struck two penalties, the second on 32 minutes as the hosts finally lost a man for their persistence (both sides had already exchanged yellow cards for illegal tackles), but moments later Sale were ahead with their only attack of the period.

Lineout ball was overthrown and lost, but having struck the referee, scrum put-in was awarded to the hosts, from which, after one re-set, number-eight Stone Priestley-Nagle drove across for a converted try.

Nevertheless, Blackheath struck back quickly. Winning their own scrum close to the Sale goal-line, Harry Dugmore showed great strength to muscle across on half-time, and withing two minutes of the re-start, Ollie Walliker was driven over after a break down the left wing had been illegally halted.

Hennessey added the conversions to both scores for the 13-point lead, but Sale were to unleash the form that had seen them win ten on the bounce prior to this contest, Blackheath’s only salvation coming from Hennessey holding his nerve to strike the penalty for yet another losing bonus point. 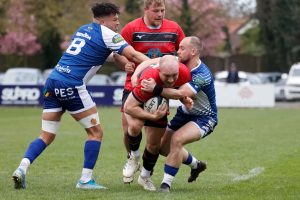 Whether it’s enough to extend the Club’s 18-year tenure at Level Three remains to be seen.

Blackheath have a break next weekend before they travel to Cinderford for their final game of the 2021/22 season. Kick-off at Dockham Road on 30th April is at 3.00 pm.