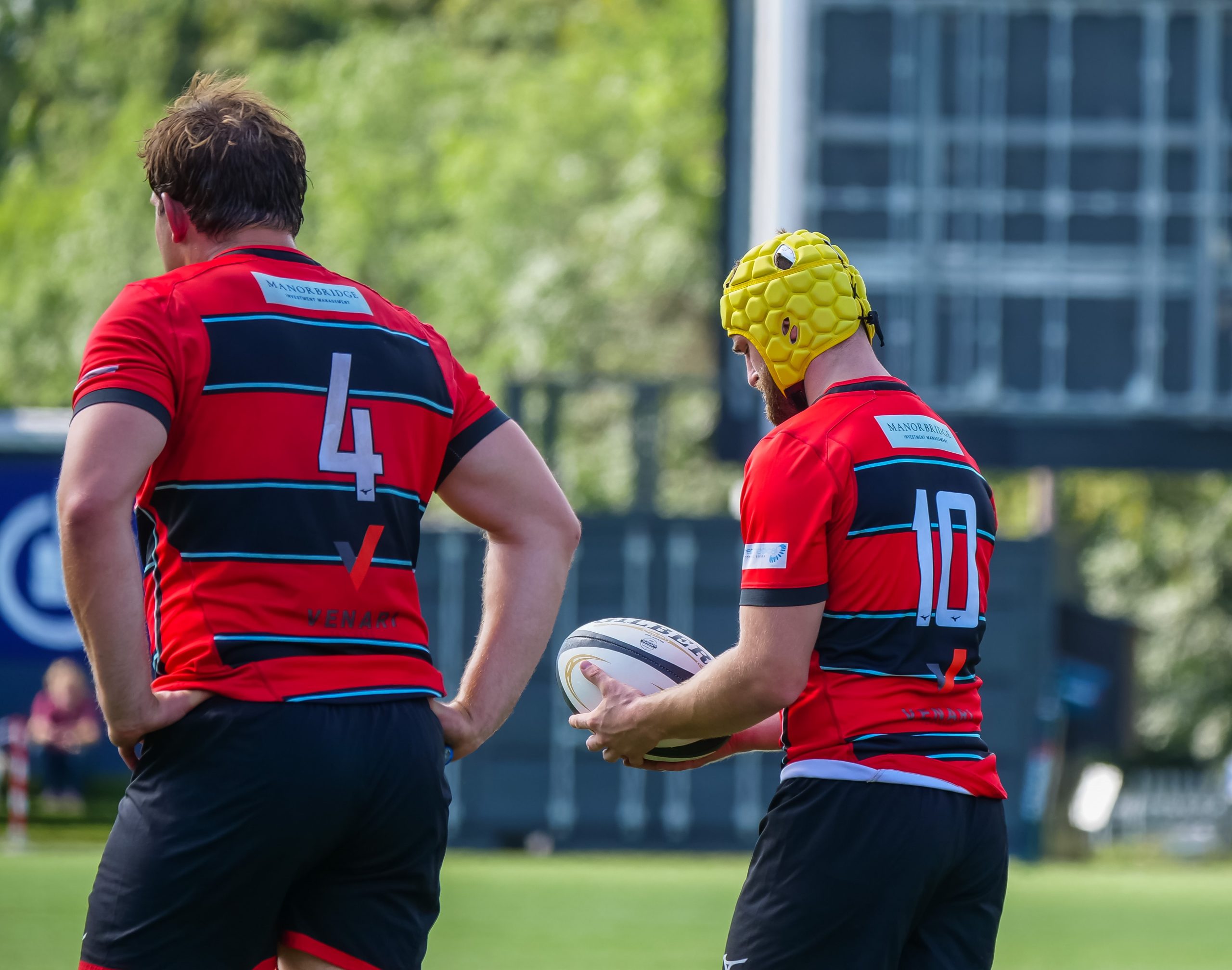 Errors aplenty, you’d expect that under the circumstances.  The layoff apart, the ball, greasy from the light rain before and during the contest, slipped from both team’s grasp in the early stages, frequently turning possession.

Blackheath too, were guilty of a raft of early penalties, setting them on the back foot and leading to the first score on the half hour, as a lineout infringement saw Luke Peters slip through a gap in midfield, for a 7-0 advantage to Esher.

Blackheath’s first serious assault in opposition territory, created space for Nathan Morris to cross out wide and narrow the deficit, but greater awareness from Esher after the interval, in changed strip, and fielding nearly all changed personnel, gave Niall McGann the opportunity to burst clear and romp under the uprights and extend the National League Two side’s lead to nine points.

However, as Blackheath gradually cranked up their set-piece they also turned up the pressure.

Morris scored his second score from the base of a drive off lineout ball, and persistent off-side after a further throw, resulted in a penalty try, giving the visitors the lead on 55 minutes.

Neat hands, and a juggle in the backline, allowed Dan Hiscocks across before, in the final minutes, Ollie Evans and Daley Aremu added two further efforts.