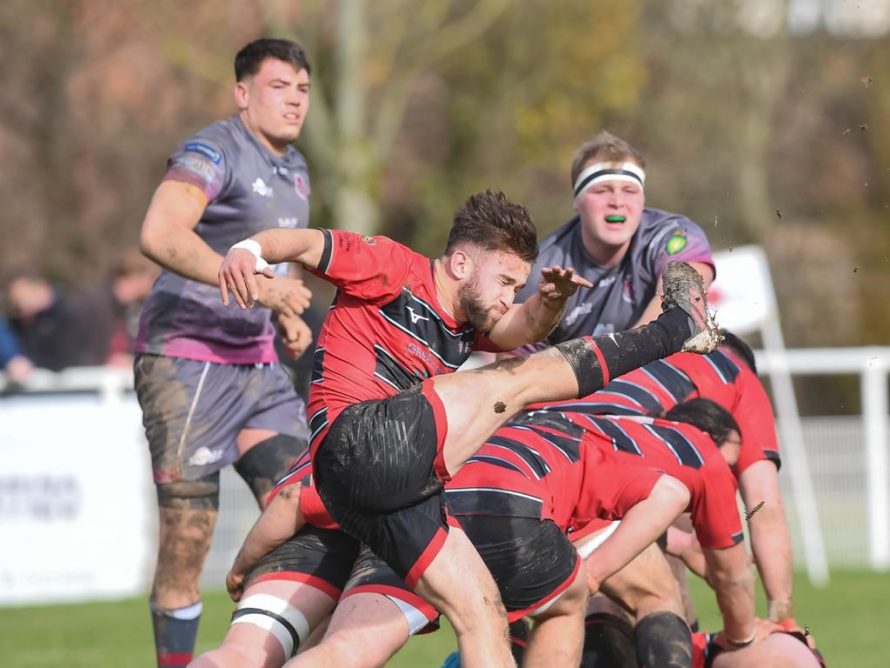 Two tries within ten minutes of the start of the second period effectively sealed this victory for Taunton, only their second of 2022, and consigned Blackheath to a sixth successive defeat.

On a gusty afternoon at Veritas Park, the visitors had turned around with a two-point advantage, but quickly conceded field position, and with a further infringement resulting in a yellow card for Dom McGeekie, the next drive saw a depleted Club pack being driven back for Titans’ hooker Alex Spurdle to touch down.

Moments later, and the extra space had wing Ollie Down sprinting down the right flank, and with fly-half Jack Walsh’s conversion, Blackheath were suddenly ten points in arrears.

However, only after a second try for Charlie Wright, the Titans’ skipper and open-side striding through a missed tackle after numerous phases, and a late score for Ratu Vakalutukali, extinguished any brief hope that the Club might get within seven points and add further consolation. 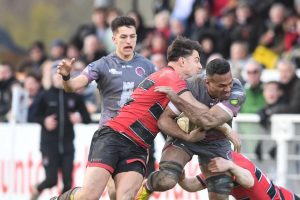 It had all looked so promising early on. Within two minutes George Spencer had put Markus Burcham through for the first score of the match, and although Titans’ scrum-half Connor Banks scored in not dissimilar fashion to level shortly after, Blackheath re-established their lead as Jake Hennessey made the line-break to send Nick Foster across.

Spurning a possible three points, however, Taunton chose to drive Wright across for his first score, and as the Somerset side began to exert pressure on Blackheath’s injury-ridden and makeshift pack, with Sam Kennaugh forced into service on the blind-side, Titans’ number-eight Sam Prior crashed over from a five-metre scrum. 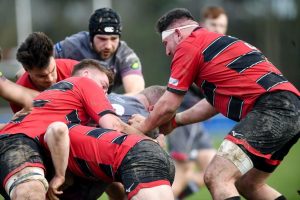 Nevertheless, prior to the break, Blackheath proved that with ball in hand they were capable of prising open a defence, and as Foster stayed on his feet, and Hennessey again made the break, Dan Hiscocks added the Club’s third which, with Hennessey’s exemplary place-kicking, put the visitors 21-19 ahead,

Alas, Packman’s effort apart, and despite the difficult wind marginally in their favour, the Club never found themselves in the same position again, instead struggling to clear their lines and pinned to their own territory.

Blackheath take a break next Saturday, an opportunity to rest some broken bodies, and look to return to action refreshed to take on Rosslyn Park at Well Hall on 26th March. Kick off is at 3.00 pm.